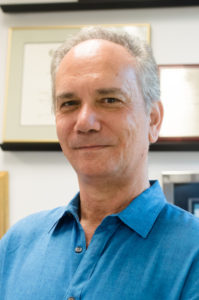 The University of Texas at Austin
Austin, TX 78712

George Georgiou is a Professor at the University of Texas, Austin. He received his B.Sc. from the University of Manchester, U.K. and Ph.D. from Cornell. His research is focused on understanding the serological antibody repertoire (as well as the BCR and TCR repertoires) in human health and disease and on the discovery and preclinical development of enzyme and antibody therapeutics for cancer and for inborn errors of metabolism.

Professor Georgiou was elected to the National Academy of Engineering (2005), National Academy of Medicine (2011) and the American Academy of Arts and Sciences (2016).  He is also a Fellow of the American Institute for Biological and Medical Engineers (AIMBE), the American Academy of Microbiology and the American Association for the Advancement of Science (AAAS).  He is the author of >260 research publications and co-inventor of 87 issued or pending US patents, more than 65% of which (comprising 24 distinct technology suites) have been licensed to 27 pharma & biotech companies.  He founded GGMJD (1999; acquired by Maxygen in 2000), Aeglea Biotherapeutics (2013-Present; NASDAQ: AGLE) and Kyn Therapeutics Inc. (2015-Present) and currently serves as a Director and Chairman of the SAB for both companies.  In 2013, Georgiou was selected as one of the top 20 Translational Researchers by Nature Biotechnology.